Steven Rogers stands in front of a vacant lot he owns on Normal Boulevard, between 56th Place and 57th Street in late-January on land slated for rail yard expansion by Norfolk Southern. On January 15th, the railroad company sent him a letter of intent to enforce eminent domain. But Rogers refuses to give up his land and still has hopes to develop new residences for the Englewood community. "It should have never gotten to this," he says of the land battle with Norfolk Southern. 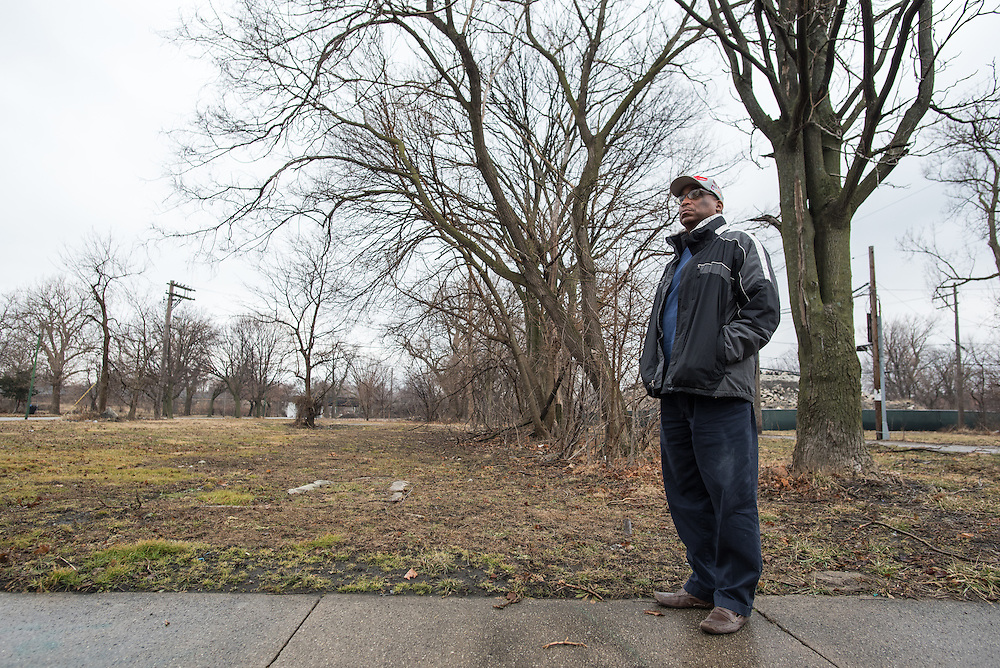